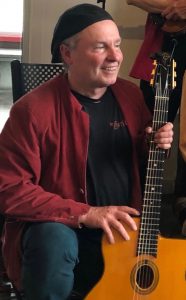 Brian has been playing guitar for many years, but in the last decade or so he has focused on swing music,  especially on Django Reinhardt’s “manouche” style of guitar playing. He is the founder of Zingology and has seen it through several iterations while performing, recording and growing into its current incarnation.  Brian has been inspired by participating in the annual Django in June music camp in Northampton, MA for several years.  He plays regularly at some of the jazz jams around Ithaca and occasionally plays for art openings with friends in Scranton, PA and other locales. Brian has been a swing dancer for decades along with being involved in several dance troupes. He sometimes teaches a class in Lindy, Balboa, Salsa, Fox trot or West Coast Swing before a gig with Zingology. He is also an accomplished painter. His work can be seen  keelernorthstarstudio.com. 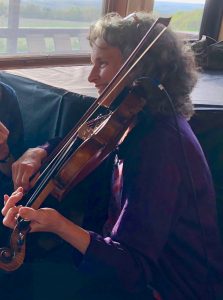 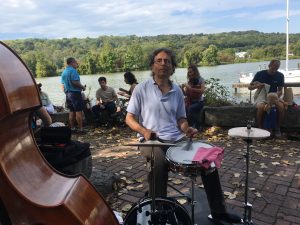